The popular Russian singer Nastasya Samburskaya amazed her fans by unbuttoning her blouse and accidentally flashing her melons.

Nastasya Samburskaya, known to many Russian viewers for her role as Kristina Sokolova in the comedy series “Univer. New hostel “, delighted fans with a new publication on its page in the social network Instagram. In a fresh photo, she poses in one of her comedic images with comedian Ilya Kuruch. The actress wore tight light jeans and a beige button-down blouse. At the same time, she unbuttoned the upper part so wide that she almost completely dumped all the fun on the show. Nastasya Samburskaya knowingly chose this image, as she managed to attract the attention of netizens. The publication has already managed to collect more than 80 thousand likes, although not every post of the artist receives so many reactions. 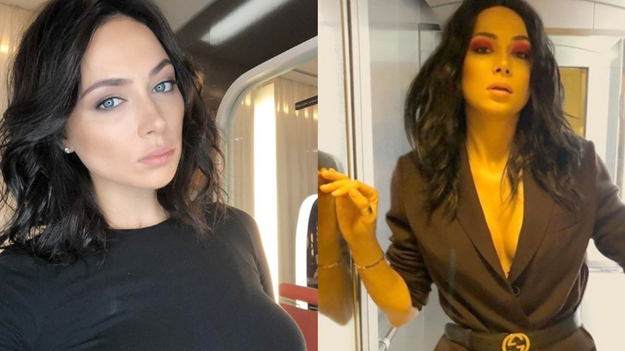 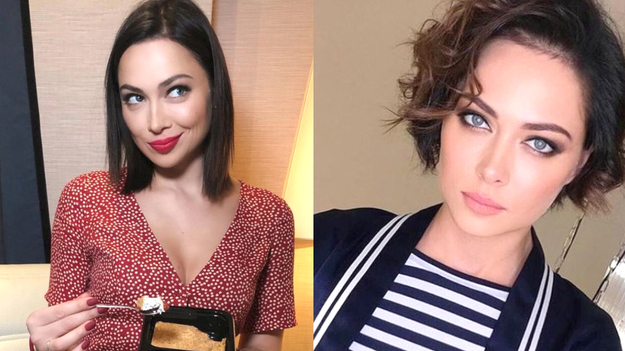 A new photo of Nastasya Samburskaya in a spectacular outfit turned out to be a teaser for the return of one project. The actress and comedian Ilya Kuruch have already shot joint humorous videos. They transform into strange and ridiculous characters who communicate with each other or with ordinary passers-by in crowded places, filming the reaction of others with a hidden camera. Apparently, fans of their work will soon have new content in the same style.

Fans of Nastasya Samburskaya liked the news about the imminent release of new comedy videos, and the photography itself. “Nastasya, it’s hard to look you in the eye, they are so beautiful,” one of the fans wrote in the comments. “Subscribers’ favorite blouse,” added another. “Gorgeous look,” another fan agreed. Social network users wrote more than three hundred comments with compliments.